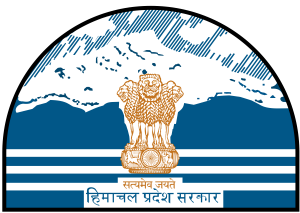 The following amendments have been made:

Maharashtra Minimum wages have been revised from 1st Jan 2022 to 30th June 2022 necessary notification of the same is listed below. 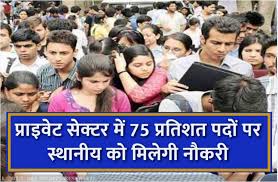 (1) This Act may be called “The Jharkhand State Employment of Local Candidates in Private Sector Act, 2021”.

(2) It extends to the whole of the State of Jharkhand. This Act applies to such Shops, Establishments, Mines, Enterprises, Industries, Companies, Societies, Trusts, Limited Liability Partnership Firms, Partnership Firm and any person employing ten or more persons in the private sector and an entity, as may be notified by the Government, from time to time.

Highlights of the act.

4. Explanation: For section 3 and section 4 of this Act, the process of registration on the designated portal shall be such as may be prescribed under the rules notified by the Government, from time to time.

5. Recruitment of local candidates
(i) Every employer shall fill up seventy-five percent of the total existing vacancies on the date of notification of this Act and subsequent thereto by local candidates concerning such posts where the gross monthly salary or wages are not more than Rs. 40,000/-(Forty Thousand Rupees) or as the limit notified by the Government, from time to time.

(iii) Provided that no local candidate shall be eligible to avail the benefits under this Act unless he/she registers himself/herself on the designated portal.

6. Exemption
(1) The employer may claim exemption from section 4, where adequate number of local candidates of the desired skill, qualification or proficiency are not available by applying to the Designated Officer in such form and manner as may be prescribed.

(2) An inquiry committee will be constituted under the chairmanship of the Designated Officer consisting of:-

(i) Member of Legislative Assembly (MLA) of that area, where the concerned institution is established or his nominated representative.

(iii) Circle Officer (CO) of the Circle where the institution is established.

(3) On the basis of the inquiry report of the district level inquiry committee and after valuating the attempt made by the employer to recruit local candidates of the desired skill, qualification or proficiency the Designated Officer may either accept or reject the claim of the employer or direct the employer to train & employ local candid ate in such manner as may be prescribed from time to time. Every order made by the Designated Officer under this sub-section, shall be placed on the designated portal of the Government

Appended below is the Pan India Compliance calendar for February 2022, employer is under obligation to contribute towards some of the above-mentioned compliances for the welfare of the employees. Each of these compliances is again governed by a set of rules and formulas. It is proven to be a deliberate attempt to violate the provisions of the law, there could be imprisonment of the employer. Please, comply with the same in time to avoid any future non-compliance so that hefty penalties and fines are not charged by the respective dept. 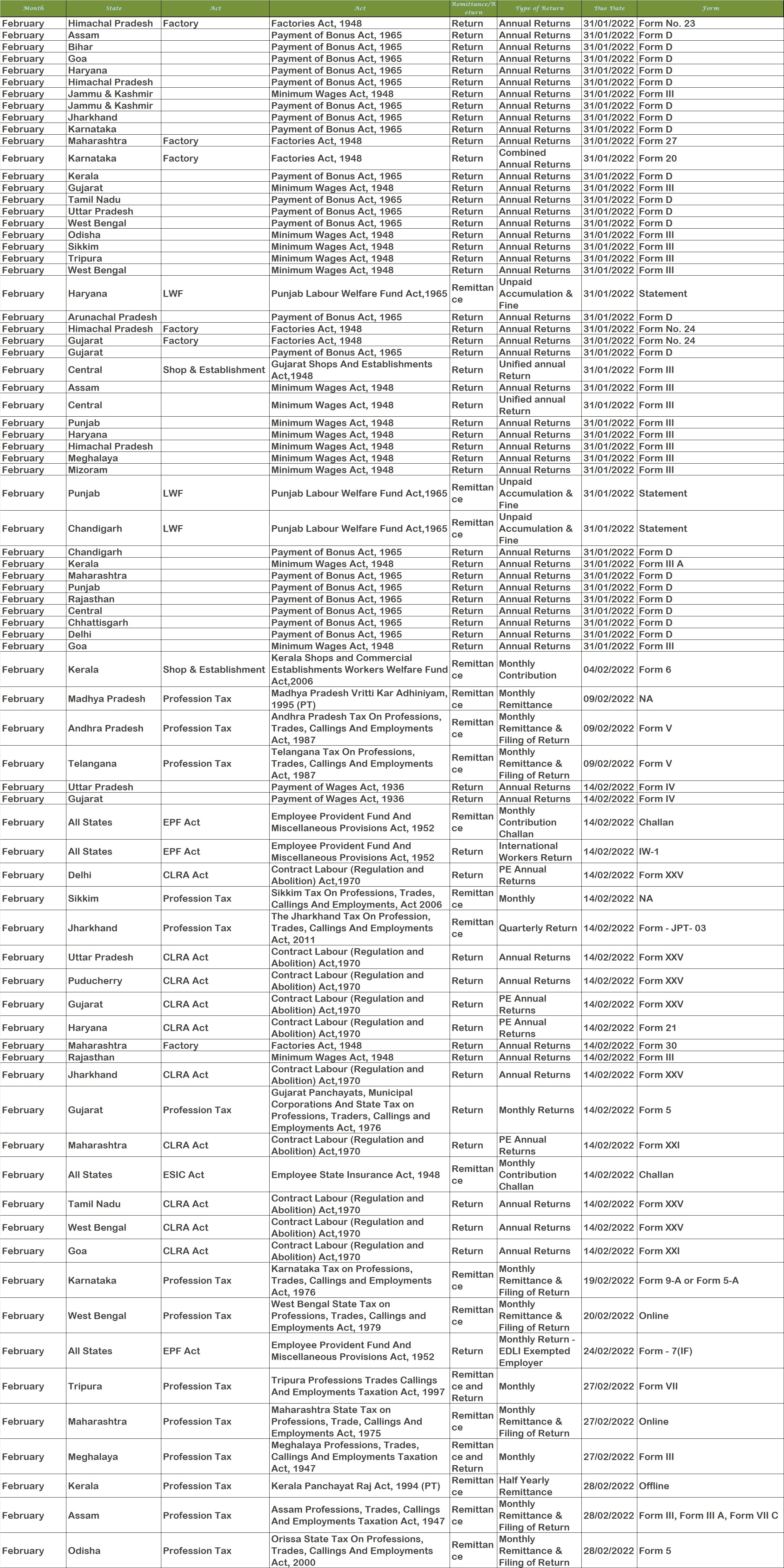