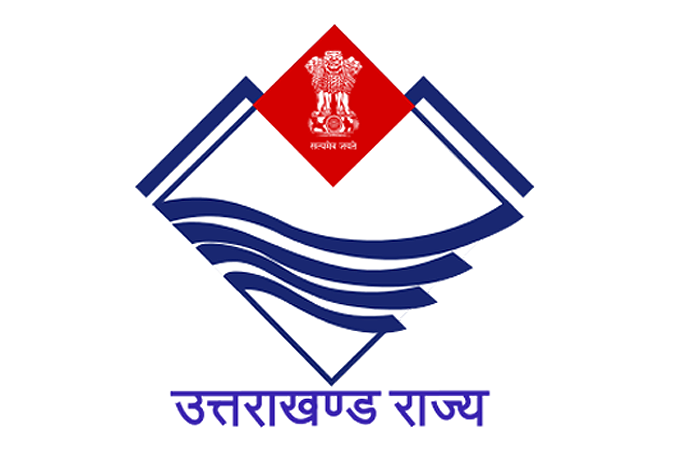 Please refer to the notification for more details.

What Does Offboarding Mean?

HR pays much attention to onboarding and performance management, but less focus is on streamlining your offboarding procedure. Offboarding, however, is crucial for upholding your company’s reputation, improving the working conditions for your present staff, and retaining networking opportunities.

Offboarding is the procedure that results in a formal breakup between a worker and a corporation via retirement, termination, or resignation. It includes every choice and action made during an employee’s departure. It may include:

Additionally, you can learn from the process what you can do to make things better for your present and future employees. 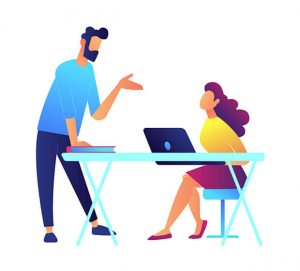 What is the benefit of an exit interview?

1. It is cost-effective:- Exit interviews are unquestionably a great tool you can add to human resources because they don’t take up much time, cost little, and yield useful information. It’s also relatively simple to have a discussion or interview an employee to discuss the company’s strengths and flaws. It’s a tiny investment that will have a big payoff.

2. You will understand and come to know why people leave:- Finding out why people decide to quit your company will provide you with the information you need to address the problem. People will undoubtedly have different motivations; therefore, it’s essential to determine whether the company, management, or external factors are to blame. Possible reasons for the employee’s departure from their current position include receiving a job offer with a higher income elsewhere, failing to make the promised advancement, or having to deal with personal concerns. Knowing why someone departed will help you solve any problems and prevent them from happening again.

3. You will spot any issues with the company:- You want to grow your company if you’re considering holding an exit management process. People should want to work where you build it. Exit interviews provide the knowledge you need to increase employee retention and the working environment for employees. A lot of the inquiries made during a departure interview concern the workplace. Knowing how people under your management feel at work might be challenging.

4. Closure:- Exit interviews allow you to complete any outstanding business with a departing employee. You can talk to them about their reasons for leaving, their final salary, and any paperwork that needs to be finished by their last day, in addition to probing them about their decision. Additionally, it’s excellent if the company and employee can make amicably part ways. Even though an exit interview won’t tell you all you want to know, it’s a beautiful place to start understanding why people leave. Both existing and potential employees will have a better experience if you accept constructive comments and implement adjustments.

Components of a Successful Offboarding Program

Q1. Why is an exit interview important?
A. When appropriately done, exit interviews can offer a steady stream of hr payroll software, insightful feedback, and insight on each of the three fronts. They can raise employee engagement and retention by outlining what functions well or poorly within the company.

Q2. Who should do exit interviews?
A. The most typical option is to delegate it to an internal HR representative. They ought to be familiar with your organization’s participants and its dynamics. This enables them to delve farther into problems and poses more direct queries.

Q3. What happens during the exit interview?
A. An employee may be questioned about their reasons for leaving, their opinion of the business, and any advice they may have for revision during an exit interview. The ideal foundation for the discussion is a well-structured questionnaire.

Appended below is the Pan India Compliance calendar for September 2022, employer is under obligation to contribute towards some of the above-mentioned compliances for the welfare of the employees. Each of these compliances is again governed by a set of rules and formulas. It is proven to be a deliberate attempt to violate the provisions of the law, there could be imprisonment of the employer. Please, comply with the same in time to avoid any future non-compliance so that hefty penalties and fines are not charged by the respective dept. 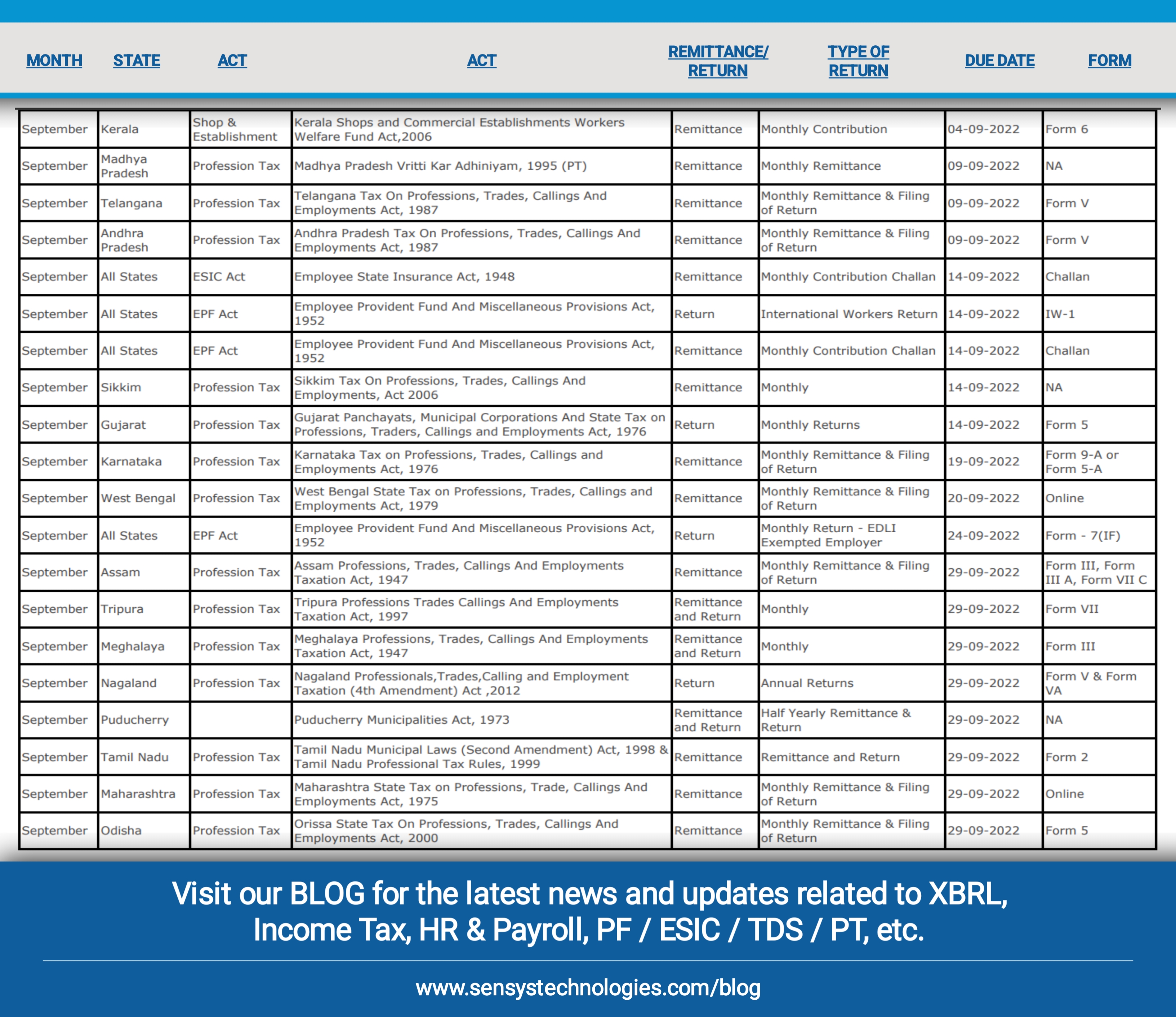 A culture is a form of representation and a portrayal of various values followed by different people. The world is loaded with various cultures and tons of different customs and traditions. Every culture has its anecdotes and heritage. It sure is a lot respected and valued amongst people. What is noteworthy is that every culture is sacred to their own but others do respect and celebrate it, too.

Amongst all the above, a country like India has cultural events going all-round the year. Every other month a festival arrives. And all the people celebrate it together which makes it even more fun. May it be any other country, cultural events are significant to all and make a good atmosphere around the people.

It is a good way to use it to boost the energy in the office, too, and make all the employees form close-knit community-like sentiments. It has numerous effects on the mindset of the employee and most of them are good ones. Below are all of them mentioned in detail; 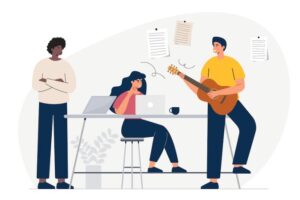 As work goes on every day with a routine, surely, everyone gets bored after a while. Waiting for the same weekend to arrive so they could relax. But what happens when they have an event right in the middle of the week? Well, extra happiness to have a celebration right in the middle of the week. It gives them a delight and also makes them want to work more so they would get to relax at that time. No one can deny such a change in the weekdays, anyway. The event changes their mind zone so when they are back to work, they are fresh and energetic. 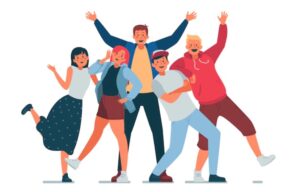 This opportunity, if used to celebrate in the office, there will be another jackpot that would be hit. Celebrating a cultural event in the office is quite hectic but the amazing part about it is that the entire office is on wheels at times like this, and the fact that not on grudge-filled wheels but happy wheels. Everyone wants to take part in it and they complete their work soon just so they can contribute towards the preparations of the event. It makes the employees light up in excitement. It puts them in a good mood.

Effect of a group break

What’s better than a break? A group break! When activities are held during the celebration, everyone has to prepare for the activities during working hours. Who doesn’t like an entire crew of people sitting and working for something exciting and different from everyday tasks? This group break makes them cheerful and bubbly for no specific reason. It is just them being together and doing something fun that makes them jovial, like a festive spirit. It can encourage them to work fast and better just so they can join the activity crew to do the preparation. And who doesn’t want to get paid for having fun, right? 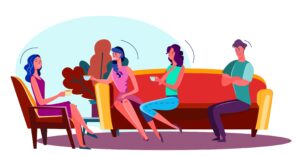 Learning about the team

There is no better way of learning about someone than by spending time with them. The celebrations in the office compel them to spend time with each other and open up about each other. Given that all events can’t be celebrated in the office so the employee takes a holiday. At times like these, the team members are curious about the event and have a small conversation wanting to learn about it. It makes the members happy to know that everybody cares about their culture. It’s a good way of showing respect and affection for the team while learning about them. 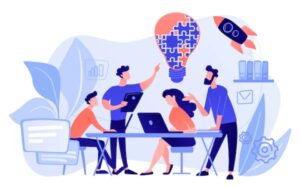 Well, in the stance that it is celebrated together, the teamwork doubles because everyone has a motive to work on. A celebration requires a lot of preparations and it’s no joke. Even if a little event is to be celebrated, a lot goes on because of work and preparations, both have to be taken care of in the same amount of time. At such times, the team is ready to take action mode and go all down to succeed at both the tasks while helping each other. In another case of a holiday taken by a specific employee, the team members cover for them which makes the member feel grateful and this boosts team spirit.

A change of environment does bring a change in thoughts and perceptions. Experiencing the events going around, energy is formed which makes everyone feel relaxed. It surely is a stress buster. It helps us discharge our mental stress and charge it with happiness. It has a climate going around, to the ones who celebrate and even to the ones who don’t. It makes a difference in people’s daily thoughts which makes a difference in their work. 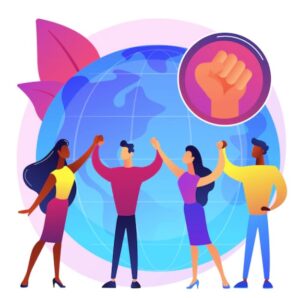 Sharing of culture and values

Every cultural event has a message. When they are celebrated, every story creates a different sensation in the employee’s mind. It affects their mindset. While it mostly motivates them to do better since they know they have relaxed, they also have a feeling of respect for others. As the event passes, they understand what a cultural event is and what is its importance. Although over the years people comprehend it, recollecting it from time to time can be a good aspect for them to feel the change. 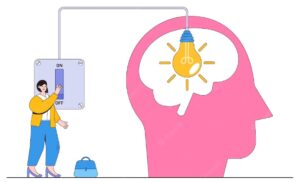 Well, it is no surprise that every event has its highest point and the lowest point. It starts a few days earlier than the event day, reaches its highest point, and then comes to the lowest point. The peak makes everyone happy but when it’s over, it gets gloomy to go back to the same routine when they had a blast during the event. This will lose the focus and make them lazy but at the end of the day, they’ll pull together because that is what professional life is all about; pulling yourself together. In the end, they end up self-motivating, wanting to work hard until the next event arrives.

All in all, it is a journey that comes to an end. Employees go through an emotional rollercoaster as they become elated, excited, exhausted, etc. All the ‘E’s together are probably the best combination.

Appended below is the Pan India Compliance calendar for August 2022, employer is under obligation to contribute towards some of the above-mentioned compliances for the welfare of the employees. Each of these compliances is again governed by a set of rules and formulas. It is proven to be a deliberate attempt to violate the provisions of the law, there could be imprisonment of the employer. Please, comply with the same in time to avoid any future non-compliance so that hefty penalties and fines are not charged by the respective dept. 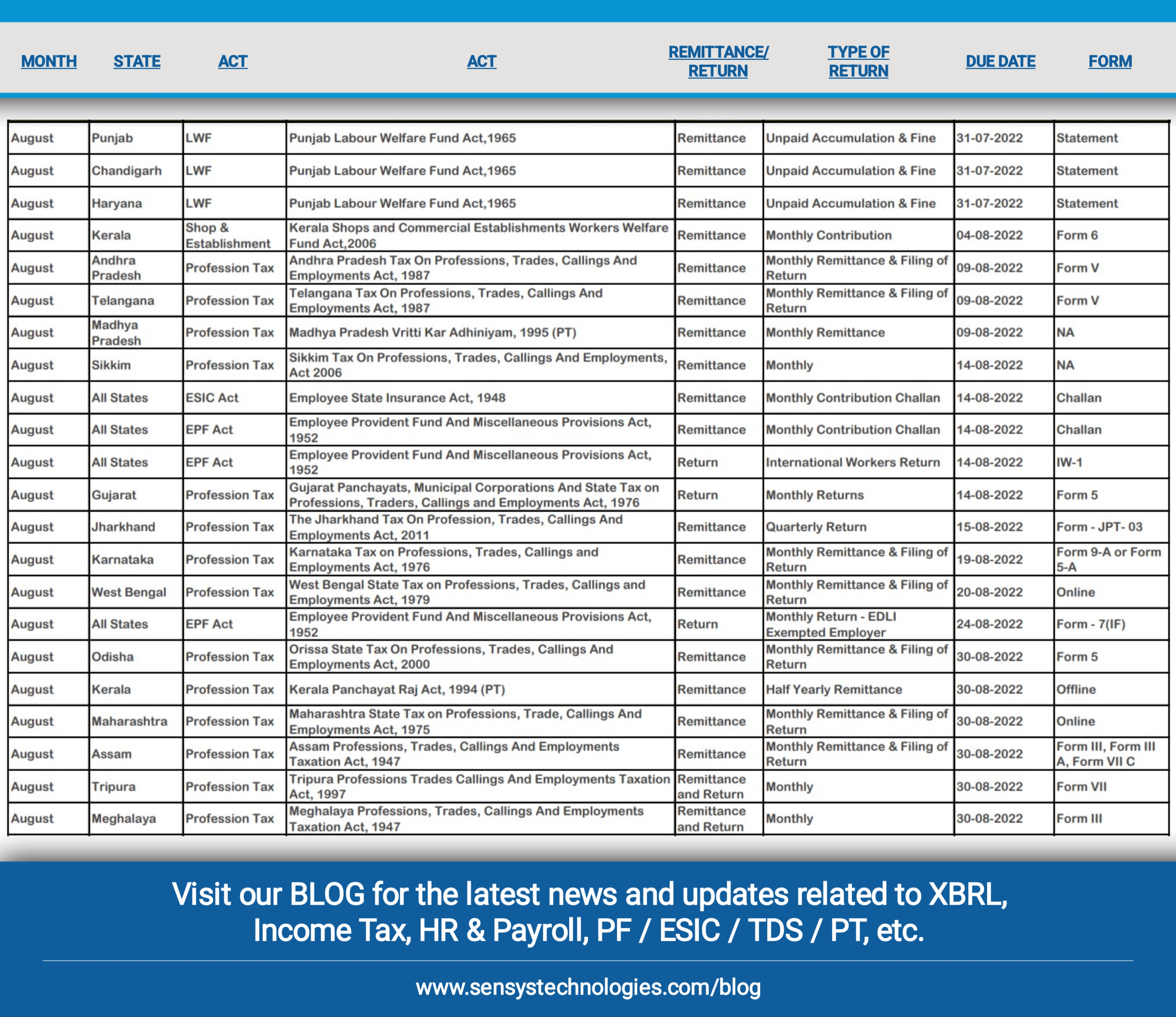 Appended below is the Pan India Compliance calendar for July 2022, employer is under obligation to contribute towards some of the above-mentioned compliances for the welfare of the employees. Each of these compliances is again governed by a set of rules and formulas. It is proven to be a deliberate attempt to violate the provisions of the law, there could be imprisonment of the employer. Please, comply with the same in time to avoid any future non-compliance so that hefty penalties and fines are not charged by the respective dept. 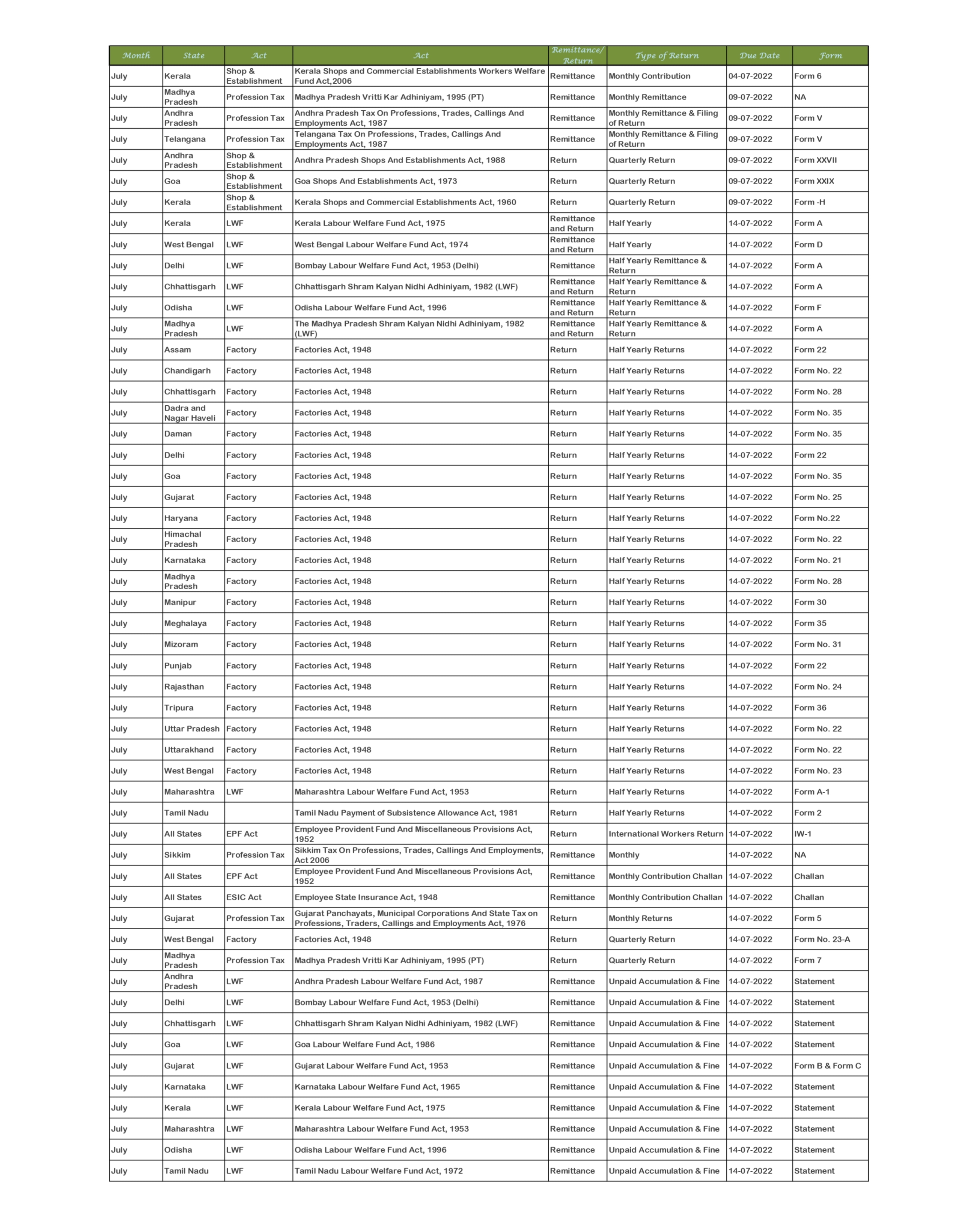 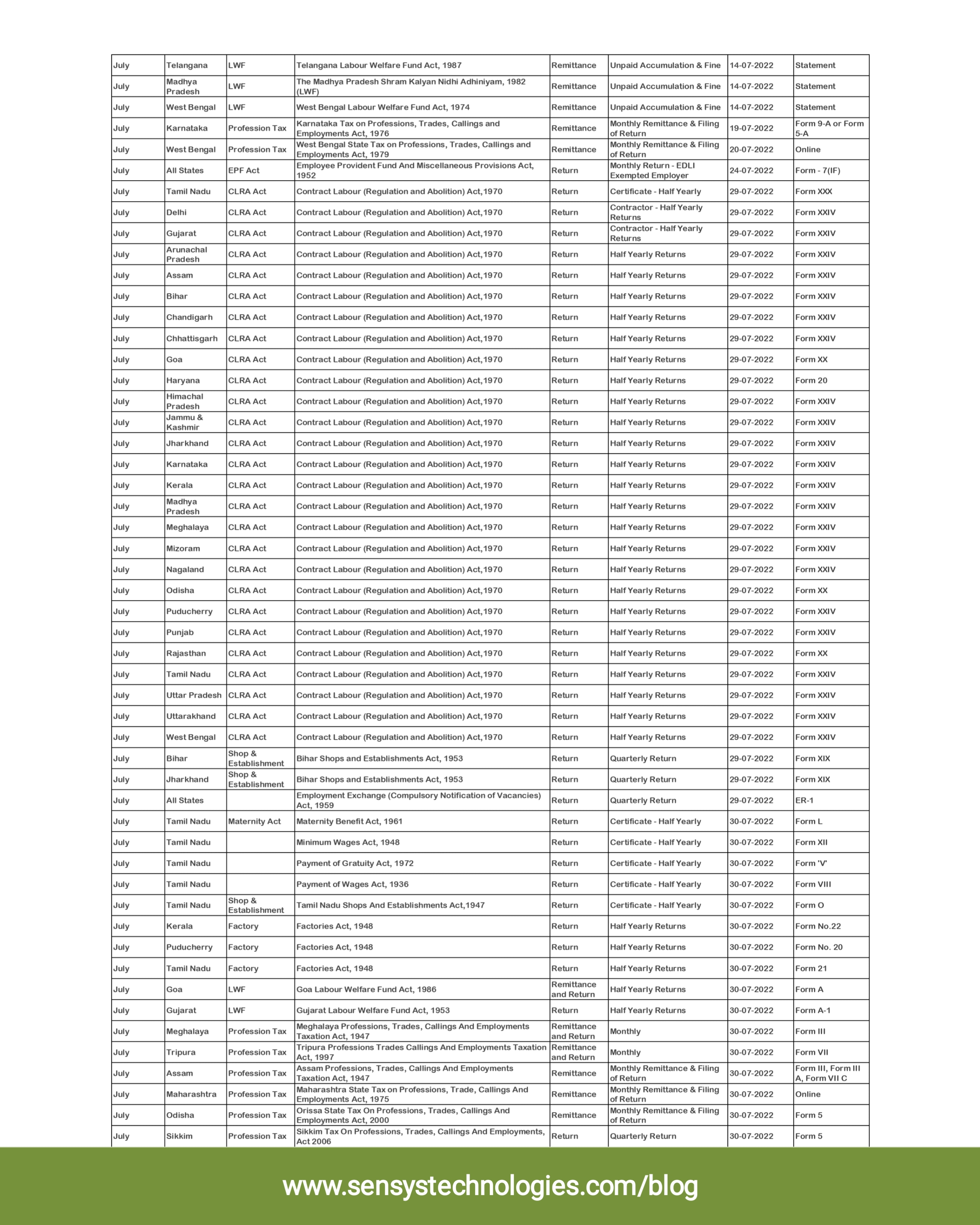